Ethan Dean’s wish to be a garbage man came true for the day on July 26th thanks to Make A Wish Northeastern California & Northern Nevada, Randle Communications, Waste Management of Sacramento Valley and the awesome community of Sacramento!

Six-year-old Ethan Dean was diagnosed with Cystic Fibrosis when he was just 18 days old. When he reached eight weeks old, Ethan became one of the youngest patients to ever receive treatment for his condition by means of a cystic fibrosis vest and nebulizer. Only recently has Ethan started to understand his condition and that the treatments he’s been receiving for six years are crucial to his health. According to Ethan’s mom Erin, he is starting to feel a little different from others around him and understands that there is something that makes him unlike other kids.

Ethan’s favorite things are: garbage trucks, the color green, 49ers football, the San Francisco Giants, zebras and elephants. He also enjoys coloring, watching “Curious George” and eating macaroni and cheese. So, when Ethan was selecting his first choices for a wish, he mentioned meeting Toby Mac or seeing his favorite animals. There was one wish, however, that really stood out to Ethan. He is a big fan of the garbage man and loves to watch them come to pick up his trash on trash days. So, for his wish, Ethan dreamed of being the garbage man for a day! When he was asked to describe this wish, Ethan drew a picture of the garbage man. He imagined himself in his very own uniform, driving around in his garbage truck while picking up trash and honking the horn. This would be no ordinary garbage truck, because in Ethan’s imagination the truck would say “Ethan’s Garbage Truck” on the side.

One great thing about Make A Wish is that they have the children list several wishes so that when one is chosen, it is a big surprise! So, Ethan didn’t know what his wish was going to be or when it was going to be granted. This is when we came it!

In order to make Ethan’s wish extra special, the team at Make A Wish Northeastern California and Northern Nevada planned to get the Sacramento community involved. Since Ethan’s wish to help clean up the community, they wanted to get as much local involvement as they could to support Ethan and cheer him on during his garbage pickup adventure. They did an amazing job spreading the word about his wish (without him finding out) as well as pulling out all the stops so that his day would be full of great surprises.

Ethan’s wish was sponsored by Randle Communications in Sacramento and they played a big part in planning out Ethan’s day. The Randles not only wanted to help make the day special for Ethan, but for also for everyone who was involved. So, they got to brainstorming and Ethan’s day soon turned from a ride in a garbage truck to a day spent with an experienced garbage man, riding around in a personalized garbage truck, getting to wear an official garbage man uniform (plus a cool personalized cape), meeting cool and important people like firefighters, Mayor Elect Darrell Steinberg and Curious George, and of course picking up trash!

The day started out at Ethan’s school where all the kids lined up outside to cheer him on as he came out with his Principal to find a huge garbage truck parked out front boasting “Ethan’s Garbage Truck” in big letters on the side. His friends and family were all waiting for him, not to mention lots of press and Mayor of Rancho Cordova David Sander, to give him a key to the city. From there Ethan rode in his garbage truck (complete with a car seat for safety!) with his driver Sam all over Sacramento to pick up trash, meet lots of people and have lunch at the State Capitol after a quick press conference. 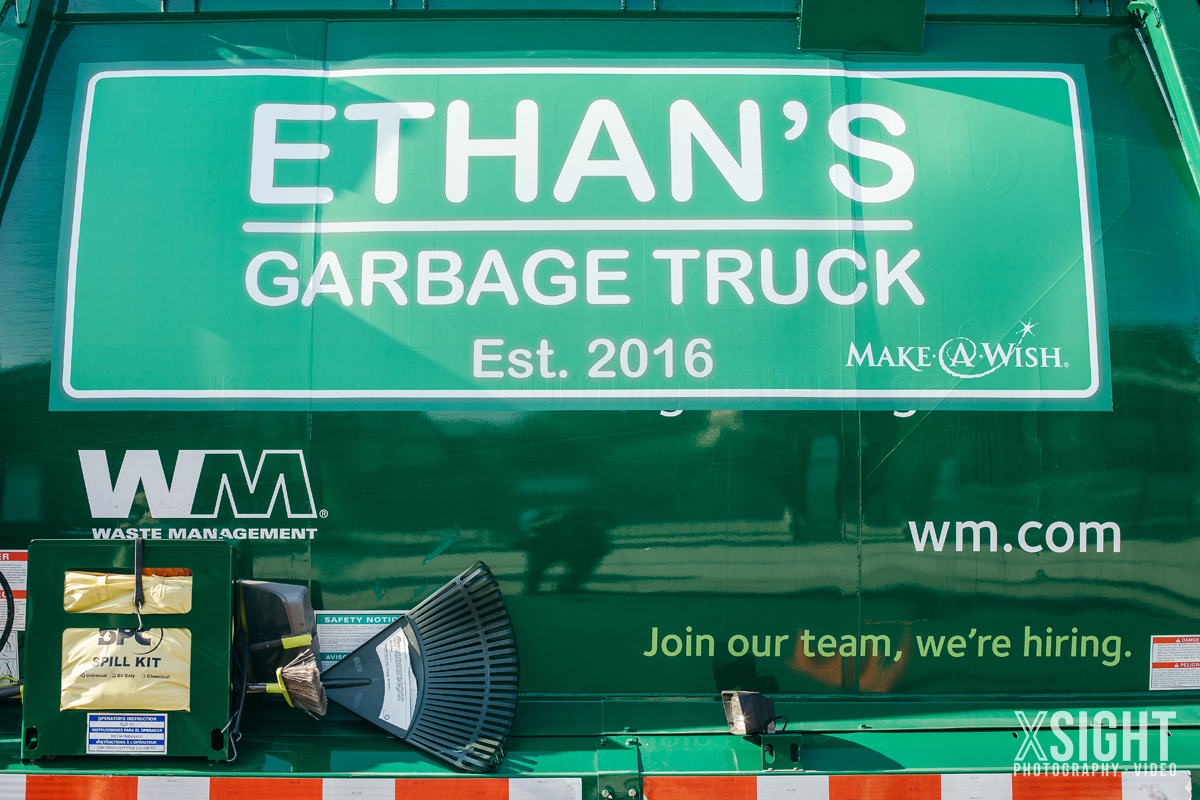 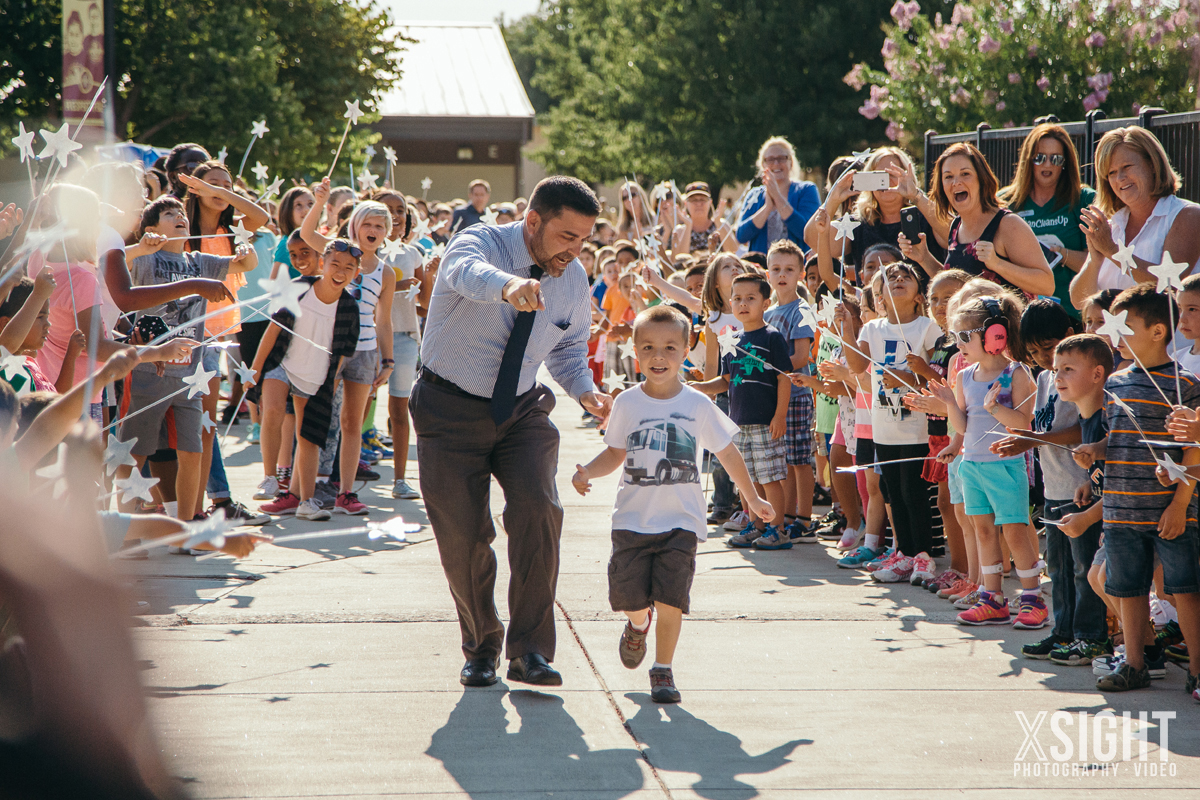 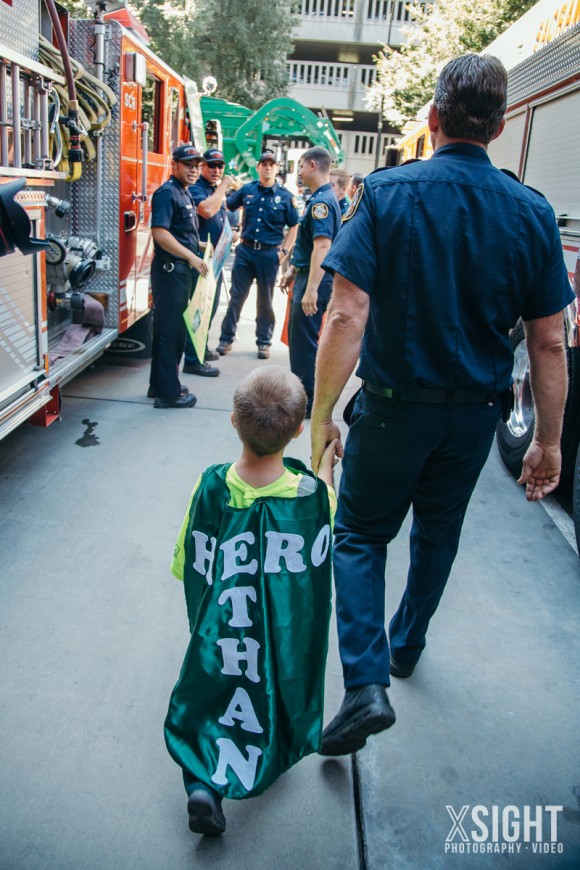 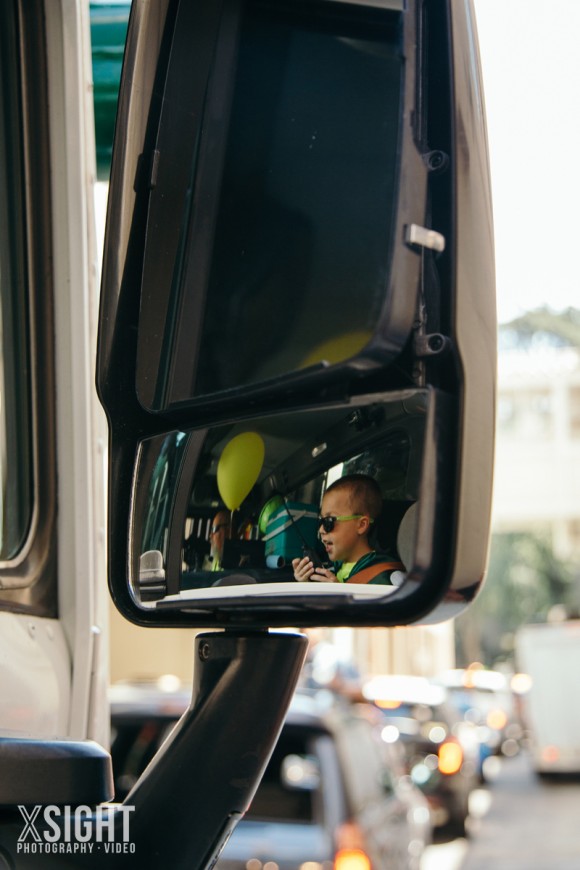 Make A Wish always does an amazing job turning kids wishes into an unforgettable experience and has asked us here at XSiGHT Productions to capture some of their wishes. Ethan was at the top of our list and we were so excited to be able to help capture photo and video of his day as a garbage man. We met him after the reveal as he was changing into his garbage man uniform and was very excited, but managed to keep still long enough to let us put a microphone on him and make a few jokes about his belly button. He was very cool in front of our cameras, not to mention and all the news cameras and cell phones trying to catch a glimpse of him. Through it all, his main focus was always on two things: picking up garbage and using the walkie-talkie to talk to his parents in the limo that followed behind his truck.

In order to capture Ethan’s wish to the scale that it was, we sent out a six person crew armed with multiple cameras, a steadycam, two GoPros and a drone. We drove with the caravan of police cars and the garbage truck all around Sacramento and it was amazing to see the crowds of people lining the streets as well as at each of Ethan’s five stops waving, calling his name and waving signs and banners. Ethan had a big grin all day and we hope we were able to capture the best moments and tell his story in our highlight video. We had a great time getting to know Ethan and his family and we’re so happy we could be a part of it! 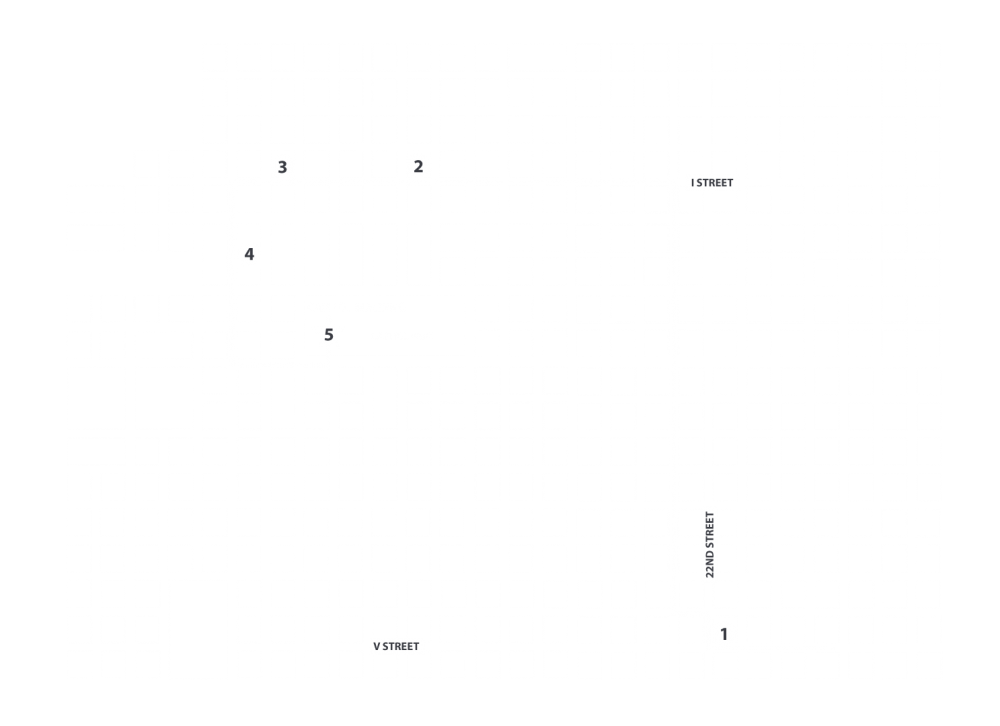